My husband started telling me years ago, not long after we were married, that he worried for the Independent Baptists. He is a well-read man of great books by men of old. He has watched the timeline of history through the pages of wise men of yesteryear. He was greatly burdened for our generation and the general attitude among us. The more he talked to me about it, the more scared I got. Did he know that if he became vocal that we would lose friends? That we would be black-balled and rejected? Did he know that we would be called liberal and compromisers? Did he know that people would gossip behind our backs and would stoop to even making things up as long as it would validate their position that we were rebel rousers? Did he not know that he would be told he was a rebel for even bringing up an issue to discuss? Rebels never question. If we started questioning things in our own world, we were done for! I know. I have seen and heard these types of things all my life. I knew what happened to people if they spoke their hearts.

A couple of years ago, he started blogging about his concerns. I facetiously told him it would be better if we just skipped the whole process and just went ahead and committed the cardinal sin and left our Independent Baptist world, than to endure the journey we were about to embark on. But he loves being an independent Baptist (little i). He loves our history. He loves that we answer directly to the Lord Jesus Christ. He loves that there is an emphasis on the literal word of God and its final authority in our lives. He loves the autonomy of the local church. He loves that we do not have to get permission or support financially anything thing that as a local assembly would grieve our conscience. He loves that we have soul liberty and the priesthood of the believer. He loves the emphasis on missions. He loves being an independent Baptist and the historical path that those before us have walked to obtain this independence. As much as he loves it, he does not love the direction that he sees us going. It has him on high alert.

This brings us to my problem. I don’t like what he writes. I don’t like the idea that people are going to be upset at us. I don’t like knowing that those I love think we are off the deep end. I don’t like people thinking that my husband is feeding rebels. I don’t like him blogging about the bad things of our own. I don’t like that he can’t seem to see the sunshine and roses part, but can only see the pits and thorns along the path. I don’t like that he has to be the one to say these things! Isn’t it just safer to sit in our house, and read what others are writing about this? Isn’t it better if we just talk in the privacy of our room, knowing that we agree with that author but never having to stick our neck out there? Wouldn’t it be better to just carefully share every now and then a blog we read instead of being the one to write it?!! My man hates confrontation. Why did he pick this? Can you see where I am coming from? See why I don’t like what my husband writes?

I sit and muse on this. I have argued with him on a few occasions. That man loves me more than anyone or anything in this world and I can talk him into a lot of things, but I have never been able to get him to quit writing on this stuff. I am always in agreement with what he says, it’s just the posting of it!! You know, the part where everyone will then know!! He always tells me that he is sorry. He loves me, but he knows that God has made it clear to him to try to help salvage and repair the walls of our movement that have been broken down by pride, hypocrisy, deceit, arrogance, man-worship, and a leaving of God’s Word to follow the traditions of men.

As I thought about the voices of the past that were used as a warning, I figured something out. I don’t like what my husband writes because I don’t want to be the one to make a sacrifice for truth. I want someone else to do that for me. Oh, I want all the perks of the politics. I want invited to other churches. I want my husband to get to preach in big meetings. I want others to be pleased with us and our service to God. I want all the political kisses, head patting’s, and tail wagging coming our way. I don’t want to have to feel unpleasant when you enter a room knowing that you will be talked about as soon as you leave it. Am I willing to drown on a sinking ship just so I don’t have to be the bearer of bad news that it’s going down? Am I willing to be the one to let others be mad at for now? If we all worked together, the ship may not sink at all!! If all hands are on deck and bailing out the water that is bogging us down, we don’t have to drown! The ship can be repaired!

I wonder why in the world I have a problem. Hiding from truth does not make it false. It is still truth. Not identifying with truths that I hold in my heart do not make it all better. Ask Nicodemus. He was a silent Christian – sneaking around after dark to talk to Jesus so that no one would see him and label him. It took the crucifixion to shake him up and bring him out of hiding. It became very personal and so he had to do something then. He boldly asked for the body of Christ. I have a problem because I care more about what people think of me in the here and now, then I do in the big picture of our spiritual health. Shame on me.

Many are speaking up. Many have decided that it is personal because it involves our families and our children. Many feel that we live in a time that opinionated pettiness has no place, and the Word of God has power and can change lives! Many feel that it is time to get our eyes off of the pastor and back on Jesus.

I still don’t always like what he writes. Sometimes I look forward to them like a trip to the doctor. But, I know they are necessary. I know that if I care about the future of my children and grandchildren taking seriously what God’s Word truly says, then it must start with my willingness to be examined if I am following God or a set of man-made traditions. A regular, detailed examination leads to catching diseases before they are deadly.

I am glad my husband has stayed true to what God has called him to do. I am glad that he loves our independent baptists enough to try to help heal it. Sometimes a wound must be scraped of infection before it will ever heal. Sometimes a limb must be lost to save a body. I am glad he has cared more for the approval of God than the politics of the brethren. I am glad God is using him and men like him to stand strong in the admonition of the Lord. I am honored to be his wife!

In March of 2009, while expecting my 6th baby, I contracted Transverse Myelitis - a rare illness that caused swelling which damaged my spinal cord leaving me paralyzed from my chest down. It has changed my life in many horrible and wonderful ways. I love to talk about it all. The good, the bad, and the ugly. It is always raw and real around here as I share my work in advocacy and accessibility, my heart for the spiritual lessons learned, my music that speaks my soul, and my love for my home and family. Welcome. View all posts by Alicia Reagan

A Little About Me

In March of 2009, while expecting my 6th baby, I contracted Transverse Myelitis - a rare illness that left me paralyzed from my chest down. It has changed my life in many horrible and wonderful ways. I love to talk about it all. The good, the bad and the ugly.

It is always raw and real around here as I share my work in advocacy and accessibility, my heart for the spiritual lessons learned, music that speaks my soul, work and ideas that keep my family fed and my love for my precious blessings.

I have no story without this one! Please watch! 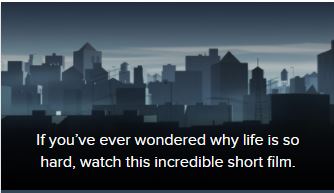